Funeral Guide has gathered a few beautiful inspirational quotes for funerals.  Add something special to your condolence cards, eulogies, and obituaries.

“What the caterpillar calls the end of the world, the master calls a butterfly.”   Richard Bach, (Illusions)

“We meet but briefly in life, if we touch each other with stardust – that is everything.”   Unknown

“The best and most beautiful things in the world cannot be seen, nor touched, but are felt in the heart.”  Helen Keller

“Life isn’t about waiting for the storm to pass; it’s about learning to dance in the rain”  Author unknown

“The most authentic thing about us is our capacity to create, to overcome, to endure, to transform, to love and to be greater than our suffering” Ben Okri

“You are never too old to set another goal or to dream a new dream.” – Les Brown

“A death is not the extinguishing of a light, but the putting out of the lamp because the dawn has come.” Unknown

“The gods conceal from men the happiness of death, that they may endure life.”  Lucan

“Seashells remind us that every passing life leaves something beautiful behind.” Unknown

“Across the years I will walk with you – in deep green forests, on shores of sand and when our time on earth is through, in heaven too, you will have my hand!”   Robert Sexton

“If I could reach up and hold a star for every time you’ve made me smile, the entire evening sky would be in the palm of my hand”  unknown

Death of a child / stillbirth

“An angel in the book of life wrote down my babies birth & whispered as she shut the book ….. too beautiful for earth” Unknown

“How very softly you tiptoed into our world, almost silently, only a moment you stayed.  But what an imprint you footsteps have left upon our hearts.”  Dorothy Ferguson

“They say that time in heaven is compared to ‘the blink of an eye’ for us on this earth. Sometimes it helps me to think of my child running ahead of me through a beautiful field of wildflowers and butterflies; so happy and completely caught up in what she is doing that when she looks behind her, I’ll already be there.” Unknown

“Now I lay you down to sleep, I pray the Lord your soul to keep; within his arms he’ll hold you tight, my heavenly angel, my guiding light.” Unknown

“Gone yet not forgotten, although we are apart, your spirit lives within me, forever in my heart.” Unknown

“To die is poignantly bitter, but the idea of having to die without having lived is unbearable”    Erich Fromm

“Everyone can master a grief but he that has it.”  Shakespeare

“And ever has it been known that love knows not its own depth until the hour of separation.” Kalil Gibran

“Grief is not a disorder, a disease or a sign of weakness. It is an emotional, physical and spiritual necessity, the price you pay for love.  The only cure for grief is to grieve”  Earl Grollman

“Tears are a river that take you somewhere…Tears lift your boat off the rocks, off dry ground, carrying it downriver to someplace better.” Clarissa Pinkola Estes

“Nothing you love is lost. Not really. Things, people–they always go away sooner or later. You can’t hold them anymore than you can hold moonlight. But if they’ve touched you, if they’re inside you, then they’re still yours. The only things you ever really have are the ones you hold inside your heart.” Bruce Coville

“The world is full of suffering. It is also full of overcoming ”  Helen Keller

“Don’t be dismayed at goodbyes. A farewell is necessary before you can meet again. And meeting again, after moments or lifetimes, is certain for those who are friends.”   Richard Bach, (Illusions)

“There is a sacredness in tears. They are not the mark of weakness, but of power. They speak more eloquently than ten thousand tongues. They are messengers of overwhelming grief…and unspeakable love.”  Washington Irving

“What we have once enjoyed, we can never lose.  All that we love deeply becomes part of us.”  Helen Keller

“Where there is sorrow there is holy ground.”  Oscar Wilde

“I would say to those who mourn… look upon each day that comes as a challenge, as a test of courage.  The pain will come in waves, some days worse than others, for no apparent reason.  Accept the pain.  Do not suppress it.  Never attempt to hide grief.”   Daphne du Maurier

“The light has gone out of my life.”  Theodore Roosevelt, on the death of his wife

“It is foolish and wrong to mourn the men who died. Rather we should thank God that such men lived.” George S. Patton, Jr.

“We understand death only after it has placed its hands on someone we love”  Anne L. de Stael

“When we are forgotten, we cease to exist.”  from the movie Merlin

“Death is delightful.  Death is dawn, the waking from a weary night of fevers unto truth and light.”  Joaquin Miller

“Death – the last sleep?  No, it is the final awakening.”  Sir Walter Scott

“Life is a dream walking, death is a going home.”  Chinese Proverb

“God’s finger touched him, and he slept.” Alfred Lord Tennyson

“The call of death is a call of love.  Death can be sweet if we answer it in the affirmative, if we accept it as one of the great eternal forms of life and transformation.”  Herman Hesse

“The soul takes flight to a world that is invisible, and there arriving she is sure of bliss and forever dwells in paradise.”   Lady Jane Grey, the movie.

“For life and death are one, even as the river and the sea are one.” Kalil Gibran

“The family with an old person in it possesses a jewel.”   Chinese saying

“Perhaps the gods are kind to us, by making life more disagreeable as we grow older.  In the end death seems less intolerable than the manifold burdens we carry”   Sigmund Freud, (at age 74.)

“A person’s true wealth is the good he or she does in the world.” Mohammed

“Growing old is mandatory, growing up is optional.”   Bumper sticker

“Suicide is what the death certificate says when one dies of depression.”   Peter D. Kramer, psychiatrist.

“No neurotic harbours thoughts of suicide which are not murderous impulses against others redirected upon himself.”   Sigmund Freud

“We cannot banish dangers, but we can banish fears. We must not demean life by standing in awe of death.” David Sarnoff

“This morning, for the first time in a long time, the joy again of imagining a knife twisted in my heart.”   Franz Kafka

“I am ready to meet my Maker. Whether my Maker is prepared for the great ordeal of meeting me is another matter.”  Winston Churchill

“The worst evil of all is to leave the ranks of the living before one dies.”   Seneca the younger, 5 BCE to AD 65

“Slowly, gradually, he detached himself, breathing less and less, fainter and fainter; then he was off and free, like a dry leaf from the tree, floating down and away.”   Helen Nearing

“I look at life as a gift of God. Now that he wants it back, I have no right to complain.” Joyce Cary

“They who sow the wind shall reap the typhoon.”    Philippine saying

“One of the biggest lies in the world is that crime doesn’t pay.  Of course, crime pays.”    G. Gordon Liddy

“Crime is contagious. If the government becomes a lawbreaker, it breeds contempt for the law; it invites every man to become a law unto himself; it invites anarchy.”   Louis D. Brandeis

“The greatest crimes are caused by excess and not by necessity.”   Aristotle

“Most criminals are not born; they are made….  What the State really punishes in a criminal is often its own neglect, its own failure to do its duty to the citizen.”    William Randolph Hearst

The Death of a Cricket Player

“His innings is over, his bat is laid down. Bowled out by death’s unerring ball.”  Unknown

“It is said that life flashes before your eyes just before you die. That is true, it’s called Life” Terry Pratchett

“It is said that life flashes before your eyes just before you die. That is true, it’s called Life”  Terry Pratchett

“Whoever brought me here, will have to take me home.” Rumi

“He had decided to live forever or die in the attempt”   Joseph Heller, 1923

“It’s nature’s way of telling you to slow down.”   Anonymous, (Cited as Madison Avenues latest definition of death.)

“Here is a test to find whether your mission on earth is finished: If you’re still alive, it isn’t.”   Richard Bach, (Illusions)

“If we have been pleased with life, we should not be displeased with death, since it comes from the hand of the same master.” Michel Angelo

“When you were born, you cried and the world rejoiced.  Live your life so that when you die, the world cries and you rejoice.”  Cherokee Expression

“The only difference between death and taxes is that death doesn’t get worse every time Congress meets.”  Will Rogers

“There is a remedy for everything; it is called death.”  Portuguese proverb

“The only reason I might go to the funeral is to make absolutely sure that he’s dead.”   Anonymous. (British) On Lord Beaverbrook

“After the game the king and the Pawn go into the same box.”   Italian saying

“But this long run is a misleading guide to current affairs. In the long run, we are all dead.”   John Maynard Keynes

“I saw him now going the way of all flesh.”   John Webster

“A man who dares to waste one hour of time has not discovered the value of life.” Charles Darwin 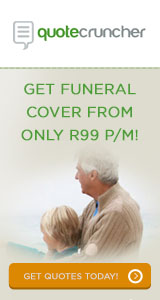